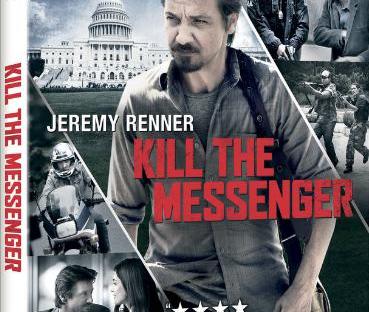 Universal Pictures Home Entertainment will release the gripping thriller  Kill the Messenger to DVD and and Digital on Demand early in 2015.

Kill The Messenger is originally based off the book of the same name by Nick Schou and the book Dark Alliance by Gary Webb.

The film is based off real life events that occurred in the 1990s. The story follows Webb a he travels from California prisons, to the villages in Nicaragua, and even to Washington, D.C on his journey to uncover the real truth.

However, his investigative journey to prove that there is direct link between cocaine smugglers and the CIA draws attention, and soon his family and career are threatened as he digs for the truth.

The film comes to Blu-ray Combo Pack including Blu-ray, DVD & Digital HD with UltraViolet as well as DVD and On Demand on February 10, 2015.

The Blu-ray Combo Pack and DVD features bonus content including deleted scenes, cast profiles, filmmaker commentary and much more. The film  will also be available through on Digital HD on January 27, 2015.