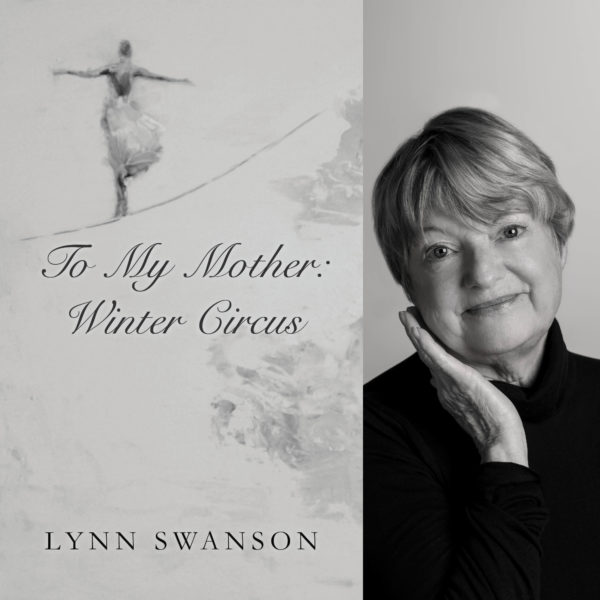 Lynn Swanson was always a writer at heart. Her passion for writing grew as she did, constantly devouring stories as a child.

“I grew up running around on 10 acres of open land, so there was a closeness to the earth and nature that afforded me some sort of secrets, I think,” says the Royal Oak native. “When I was bored in the summer hanging on the kitchen cupboards, my mother always said, ‘Good! Go and create something.’

“She would sort of semi-read all the classic children’s stories to me, but let me make up what Cinderella’s gown looked like and encourage me to add to or change the story,” she says.

In junior high and high school, Swanson was always excited to write essays on the literature she read in class. She majored in English and dance at the University of Michigan, and was inspired by Poet Alice Fulton, who taught there. She eventually earned a master’s degree in English and creative writing at Michigan State University, where she learned how to write poetry and won awards in both fiction and poetry.

Swanson worked as a writer and editor for law firms and major corporations before writing two middle-reader novels, “Summer Dance” and its sequel “Welcome Back to Lakewood,” as well as an illustrated book, “Caraboose the Tooth Fairy Moose.”

When she’s not writing she can be found dancing.

She describes her writing process as if she is going back and forth between the right and left sides of her brain.

“I get lost for a while in the right side dreaming up plot and letting the characters take over, then have to flip back to the left brain to keep chapters the right length and look at grammar, diction, and punctuation,” she says.

She finds many differences between writing novels, short stories and poetry.

“Writing a short story is like opening a closet and showing the reader a jacket and a hat, and that writing a novel is like showing the reader through a whole house,” Swanson says. “The difference between poetry and novels is more like you are riding in different types of boats on the ocean. My poetry comes from a deep insight and I have to figure out how to express it in measured images that all relate.”

“To My Mother: Winter Circus,” is Swanson’s newest book, a collection of poems about the aging and death of a parent, expressed as realization, sadness, joy and humor. Swanson writes from experience — she and her husband spent nearly a year in Florida, five years before her mother died, helping her transition to a pared-down life. She says it was highly emotional for her and for her mother. By the time she got back home she had written most of the poems, which proved to be a healing process.

Swanson hopes his collection of poems touch people help them express their own feelings. Swanson’s book is available on Amazon and at finishinglinepress.com/bookstore. For more information about Swanson, visit lynnswansonbooks.com.