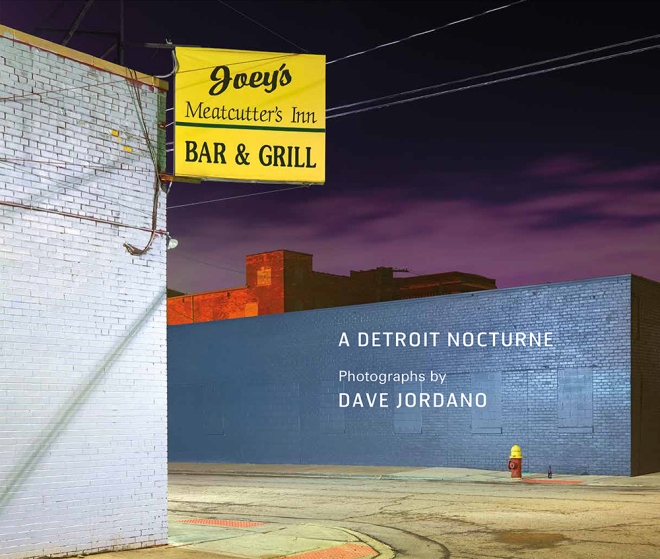 Armed with a digital camera, Dave Jordano captures stories of the people and places that surround him.

This year he celebrates his 50th year as a photographer. Born and raised in Detroit, he became interested in photography when he was in the Army.

“It was 1968 and I was 19 at the time, stationed in Germany,” says Jordano. “My bunkmate had a camera and we had some downtime, so we took some black and white photos. I fell in love with it immediately.”

After that experience, he decided to study photography seriously. He went to the Detroit Society of Arts and Crafts (now called College for Creative Studies) in the early 1970s, where he was trained classically in the mid-20th century style of photography typified by Mitch Epstein. After graduating, he moved to Chicago in 1977 to pursue a career as a commercial photographer, focusing on food advertising.

Later, he shifted his focus as he wanted to explore documentary photography in the 2000s. During his career he has published multiple books, including “Articles of Faith: African-American Community Churches in Chicago,” “Detroit: Unbroken Down” and his newest, “A Detroit Nocturne.” Though he lives outside Detroit he still calls it home. “Detroit is my first love,” Jordano says.

“Detroit Nocturne” is a continuation of “Detroit: Unbroken Down” which documented the lives of residents in the city. This book focuses on structures, dwellings and storefronts of Detroit’s neighborhoods at night. The idea came to him after his previous publication.

“I felt there was more to accomplish, and wanted to do something different by showing the other side of the city. I traveled back and forth from Detroit to Chicago for about 15 to 20 trips,” he says.

Jordano works mainly on long-term, themed projects that can take 3-5 years. For “Unbroken Down” he took about 45 trips from Chicago to Detroit from 2010 to 2016.

“I consider myself a visual documentarian — I like photographing deep subjects and investigating things that are unfamiliar to me,” Jordano says.

He wanted “Unbroken Detroit” and “Detroit Nocturne” to shine a light on the positivity in Detroit. “Nocturne” he says, belies a misconception of Detroit at night, with photos that speak to quiet, reflective moments.

His editing process is slow and deliberate. Jordano likes to take his time and does his post work with Photoshop software.

He says that work, passion, dedication and love all are critical to become photographer. And even after 50 years in this profession, he is always learning.

• If you go: Dave Jordano will speak, and present “A Detroit Nocturne” at 3 p.m. Sunday, June 3, at Book Beat bookstore, 26010 Greenfield Road, Oak Park. For more information about Jordano and his work, visit davejordano.com.