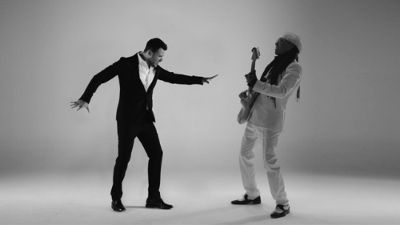 Russian pop singer Emin is back with a new track titled Boomerang featuring the legendary guitarist Nile Rodgers. The song is included on his latest album More Amor which features 16 tracks ranging from upbeat dance music to slow ballads.

Emin is an Azerbaijani singer-songwriter and businessman. He writes and performs songs in English and Russian and is well-known in Azerbaijan, Turkey, and Russia. He got his start in music from exposure to early Elvis records as a young child and it helped him to grasp the English language.

Emin continued to hone and perfect his music throughout high school and recorded a full Russian album, when he was 17. Since his music beginnings he has recorded nine full length albums and has released numerous singles.

Nile Rodgers is the lead guitarist and co-founding member with Bernard Edwards of the band Chic, which has been active since 1976 and was one of the most successful groups of the disco era. Nile and Emin met a charity event where Nile was being honored and the result of their collaboration is the song Boomerang. The track was co-written with the Danish hit-making led by CutFather.

The music video for Boomberang features Emin and Nile moving with the beat of the song in a monochrome set. The track is a fun dance song with an energetic pop melody with a funky guitar sound.

Rodgers commented on his new collaborative Emin by stating:

“From the very first moment Emin an I met it’s been like a boomerang: we just keep coming back to each other. But it’s been that way with all the big music collaborations I’ve had.”