By Rachel Moulden for Fandom Spotlite

October is known as Spooky Season and in the days leading up to Halloween, I like to re-watch some of my favorite horror movies and suspenseful TV shows. But what about anime? There is lots of horror anime on the internet for viewing during this Halloween season to give you plenty of thrills and chills. Here are four anime horror shows that I recommend that range from suspenseful mysteries to spine-tingling ghost stories. 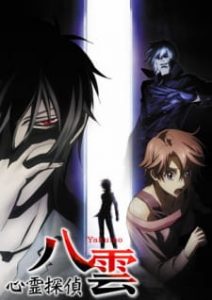 Also known by its Japanese title, Shinrei Tantei Yakumo is a series I don’t hear many people talk about. It is relatively short, running for a total of only 13 episodes, but the story still packs a punch in a short amount of time. Yakumo, the main character, is a college school student that has a supernatural ability to communicate with the dead by using his red eye. He ends up entangled with another student, Haruka Ozawa, as they get mixed up in a series of unfortunate and deadly events that are happening to the people around them. They start to work together with the police to solve unique cases that come their way.

Though this is a horror series, it also manages to feel like a blend of supernatural and mystery genres. The mystery aspect draws viewers into the storyline and compels them to try to figure out what is happening with each new case they discover. Is it supernatural or something else sinister? There is a small bit of comic relief between the two lead characters, Haruka and Yakumo, who happen to be total opposites. It’s a bit difficult to talk about this show too much without giving away spoilers, but just know you are in for a great story. Even with its short run, Yakumo still manages to be complex as far as the plot is concerned and also an entertaining watch. 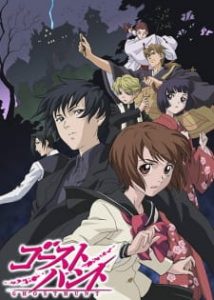 This series follows high school student Mai Taniyama and her adventures with Shibuya Psychic Research as they investigate mysterious occurrences all over Japan with a team of other spiritualists and clever assistants. Each episode follows them as they take on a new case and as the series proceeds, we get to see them become involved in more dangerous cases, and more about each team member’s personality is revealed. I felt like this anime is suspenseful while also being a bit unique. Though there are many supernatural occurrences and ghost sightings throughout the series, this is the first anime I watched that specifically focuses on ghost hunting. It takes care to explain the equipment being used (even though this aspect gets a bit repetitive in later episodes) and goes into depth about paranormal investigations.

This anime is not the most terrifying, but I do like the suspenseful aspect of it. Getting to know the show’s characters was my favorite part of the series. They act as a rag-tag team of ghost hunters and even though they bicker frequently, they always have each other’s back. I liked that the show took time to introduce each character and give them depth. If you’re looking for the anime equivalent of a ghost hunting TV show, try this series. Even at 25 episodes, it is pretty fast-paced and a fun watch for Spooky season. 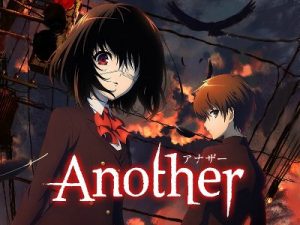 My next pick is a creepy horror anime that tells the story of Kōichi Sakakibara, who, upon transferring into Yomiyama Middle School, finds himself involved in a mystery revolving around the school’s students and his classmates falling victim to senseless and gruesome deaths. Another short anime at only 12 episodes, but a highly recommended watch. This show has a good mix of mystery and horror leaving viewers feeling a bit unsettled. Each episode acts as a piece of the puzzle and that leads to a climactic ending with lots of plot twists along the way.

I was a bit taken away by gore in this show personally, even though it’s alluded to in the description, so be warned before watching. Other than that, Another manages to craft a spooky school story and lets the readers play detective. It made me get hooked into its narrative and had me on edge as to what would happen next! 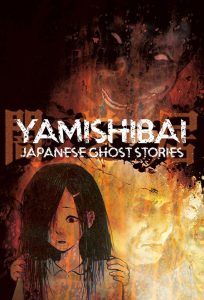 In Yamishibai, each episode is based on Japanese urban legends/folklore and only runs about four minutes long. Though the episodes are super short I still find the stories to be spine-chilling. I usually don’t like horror shows that rely on jump-scares, but they felt well-placed along with the eerie music used in the show. The series uses a paper style animation to reflect the Kamishibai (paper play) storytelling effect which is really cool and pays homage to its origins! There are currently seven seasons of this spooky show available for your viewing pleasure.

If I wasn’t already afraid of Japanese urban legends that I’ve been told, this anime solidified that terror for me. Though the episode run time is short, it manages to craft a strong narrative and leaves the viewer feeling a bit unsettled when the ghost, jump scare, or main character meets his unfortunate end. The paper style animation adds to the horror elements and it’s like watching a moving picture book. Some stories are executed better than others, but overall, it’s a very entertaining viewer experience. If you grew up watching Goosebumps or reading Scary Stories to Tell in the Dark, you might want to give this anime anthology series a try. Some of my favorite episodes include The Next Floor, Contradiction, and Picking Up.

Read more: Anime That Goes Bump in the Night